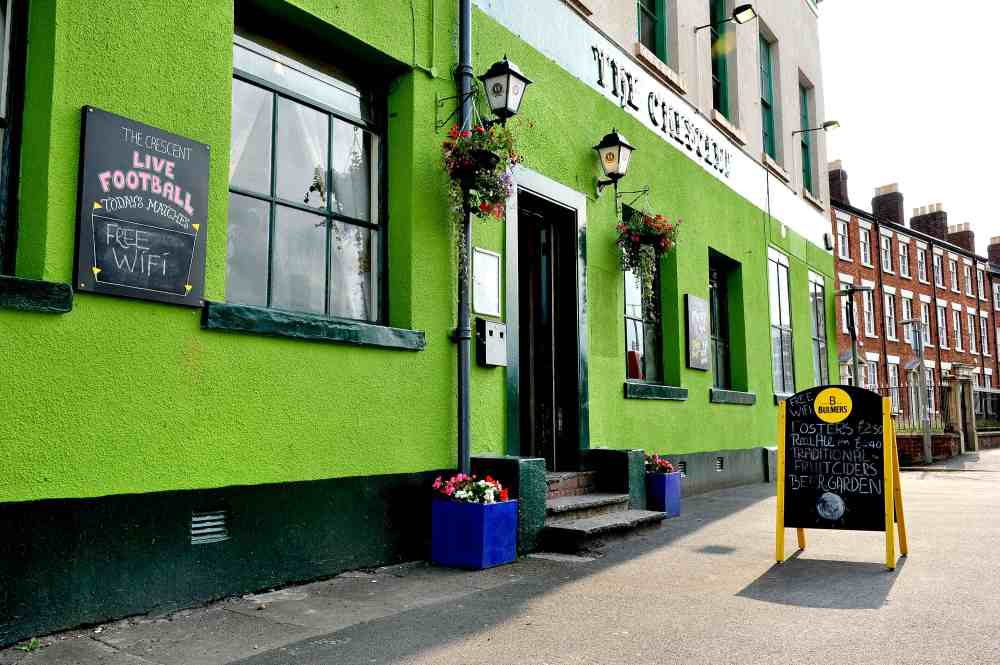 The Crescent Pub, Salford (image taken from their website, http://www.thecrescentpub.com)

On Sunday after a weekend visiting the old haunts in Manchester for the weekend (and spending a day watching Jimmy Anderson skittle out South Africa’s batting line up), I took a slow drive along Chapel Street as I made my way back to the motorway. I wanted to see my old employer, the University of Salford as well as the changes to the area that I’d heard about from ex-colleagues. I was taken aback by the raft of identikit housing, the beautified (and frankly much better) ‘shared space’ of the new road layout, and the new cladding on the previously tired looking Salford Crescent Station. But the main draw for me was my old watering hole, the Salford Crescent pub. However, after noticing a small white notice on the window of the pub, I stopped the car to take a closer look. “Closed until further notice”. It was a troubling sign, not least as it meant I couldn’t pop in to have another look around. END_OF_DOCUMENT_TOKEN_TO_BE_REPLACED

I’ve recently moved. I moved from a small flat to a house to accommodate a growing family, but in order to afford to do so, we had to move out of the area we were in, to a smaller town/village nearby that has a large traveller community, a significant Nepalese diaspora and soon to be homeless service men and women once the neighbouring barracks are torn down and replaced with mock town housing. As an urban geographer I’d like to think that I’m aware of some of the nuances of urban processes including gentrification, and as such, I was acutely aware that, as a middle class, white collar academic from the heartland of Surrey, I was potentially a gentrifier of the area. In upsizing for a growing family, my situation is typical of a myriad of academics who find themselves looking for alternative accommodation on an (often) meagre income, and as a result, looking in more diverse areas of ethnic communities and/or lower social-economic class.