The pandemic that currently grips our world has been many countries go into unprecedented lockdowns multiple times. Characterised by stay at home instructions, education going online, the closure of non-essential businesses; they have caused misery for millions. However, in some parts of the world they have had unintended benefits such as the
reduction in CO2 emissions in China, public urban space being redesigned for pedestrians and not cars, the near annihilation of the needless commute; there are real tangible benefits that have come about surprisingly quickly. After the pandemic fades, we will face new emergencies the likes of which we have not seen before, not least those caused by the extreme weather events of climate change, and the social, political and economic upheaval that will inevitably ensue. These ‘lockdowns’, if managed and governed properly, could be recast as going into a ‘planetary safe mode’. No, wait, bear with me…

END_OF_DOCUMENT_TOKEN_TO_BE_REPLACED

The recent announcement by the government that they are giving a £1.57bn ‘bailout’ to the UK’s arts and cultural sector has been hugely welcoming. As far as traditionally culture-shy and fiscally prudent Conservative governments go, it is a huge amount; it is almost three times the annual budget of Arts Council England. But when you consider it against the pay out in France of €7bn and the fact that the UK creative sector is worth £111.7bn it suddenly seems a relatively austere investment.

But despite that, and after weeks of campaigning, it will no doubt save some of our most valued and treasured cultural institutions (although it may too late for some). It is certainly a substantial amount that begs the question, where is all this money going and will it go to the people who need it most?

For me, there are three very important issues that can’t be swept away with the tidal wave of relief that this much-needed cash injection for these cultural institutions brings.

END_OF_DOCUMENT_TOKEN_TO_BE_REPLACED 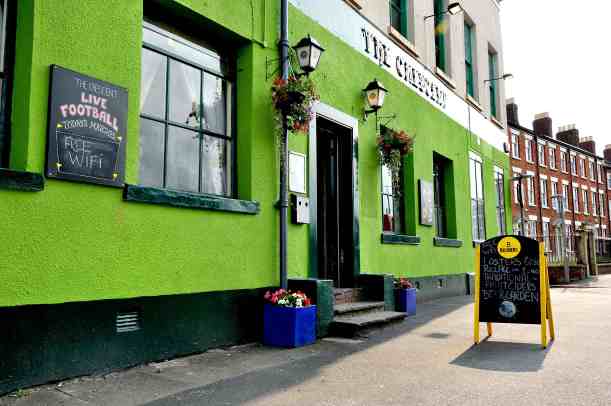 The Crescent Pub, Salford (image taken from their website, http://www.thecrescentpub.com)

On Sunday after a weekend visiting the old haunts in Manchester for the weekend (and spending a day watching Jimmy Anderson skittle out South Africa’s batting line up), I took a slow drive along Chapel Street as I made my way back to the motorway. I wanted to see my old employer, the University of Salford as well as the changes to the area that I’d heard about from ex-colleagues. I was taken aback by the raft of identikit housing, the beautified (and frankly much better) ‘shared space’ of the new road layout, and the new cladding on the previously tired looking Salford Crescent Station. But the main draw for me was my old watering hole, the Salford Crescent pub. However, after noticing a small white notice on the window of the pub, I stopped the car to take a closer look. “Closed until further notice”. It was a troubling sign, not least as it meant I couldn’t pop in to have another look around. END_OF_DOCUMENT_TOKEN_TO_BE_REPLACED

Last Wednesday, a group of disabled people occupied the lobby of Parliament. This unprecedented action was taken in response to the immanent closure of the Independent Living Fund (ILF). The responsibility of financially supporting those with disabilities will pass to local councils, who are already struggling with national austerity policies. The real fear for those reliant on ILF is that there funding will be reduced, if not cut altogether. The protestors’ stand was a critical one, and want to explain why.

Notwithstanding the heavy-handed police presence that forcibly removed many of the disabled people from the Westminster lobby with unreasonable force that highlights the contempt at which vulnerable people are treated by authority, the policy of removing the ILF is one of the most regressive and undemocratic moves that the current government have engaged in. This is for the simple fact that disability itself is something that enables society to envision different ways of living, alternative modes of being and other means of moving forward. Let me explain why. END_OF_DOCUMENT_TOKEN_TO_BE_REPLACED

I haven’t posted in a while, and I can blame that on a number of things – illness, marking, administration, family – but  the bulk of most of my ‘free time’ has been devoted to writing (the fact that writing is now something done in our free time is I think, rather sad). The book is well on the way, and there’s a few papers forthcoming on the subject of cultural quarters and Tactical Urbanism. I’ve also been reading Bradley Garrett‘s book Explore Everything: Place-Hacking the City, which I had the pleasure to review for the Antipode Foundation.

Also, I have been aiding the Long Live SouthBank (LLSB) campaign which is calling for the preservation of the undercroft skate park in the face of demolition as part of the South Bank Centre’s Festival Wing plans. LLSB made a video ‘The Bigger Picture’  (embedded below) which puts the campaign in the wider context of the contemporary nature of urban development. I had the pleasure of being interviewed for the video, but more importantly, it gives a balanced and objective account what’s going on with these plans (and there is also a very revealing video on how the South Bank are committing ‘cultural vandalism’ here). If you feel compelled to sign the petition, then please do so now, the deadline is the 3rd January 2014 and we need as many signatures as possible by then. 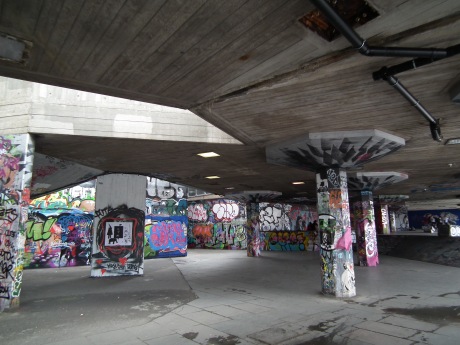 The Subversive Beauty of the Undercroft

On the 6th March this year, I tweeted about plans to redevelop the South Bank in London. The following day, the full extent of these plans were detailed. The new ‘Festival Wing‘ development includes “the under-used spaces from the undercrofts” being turned into retail outlets, and the creation of a “new riverside area for urban arts”. This translates as the reconfiguring of the iconic skateboarders ‘mecca’ (known simply as the ‘undercroft’) into a row of shops, as it is a key site of entry into the new Festival Wing. Moreover, the plan is to create a new site in which the skateboarders and graffiti artists can go, situated a few hundred metres further west, under the Hungerford Bridge (more details here).

For me, this exemplifies many of the problems associated with current urban redevelopment policies. Not only is it a case of a consumerism that is predicated upon a rarified notion of urban culture trumping a subcultural community, but the notion that the skaters (and associated activities) can be ‘rehoused’ in a designated area shows a complete lack of understanding of how such activities work, and what they can bring to a city’s cultural offerings. There are many (inter-connected) reasons why I am in such staunch opposition to this particular part of the development, but for the sake of clarity, I have delineated them into 3 key points…
END_OF_DOCUMENT_TOKEN_TO_BE_REPLACED 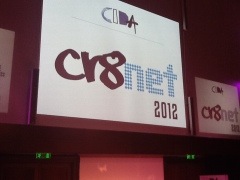 cr8net 2012 at the Royal Institute of Great Britain

Failure is a dirty word. Business leaders won’t stand for it, politicians try to hide it and generally, it’s seen as something to avoid. But it seems, given the talks and discussions today at #cr8net hosted by CIDA, it is essential for creativity. The stories of how creativity has escaped the shackles of prescribed education via playful experimentation with software, and how networking with everyone who will throw a business card at you is critical to success, they sum up the rhetoric of the creative industries for the last 15 years or so. But is failure such a critical part of what constitutes creativity? Does allowing for experiments to fail really aid creative businesses? Or is it more the will to take a creative idea and putting it into practice in a meaningful way?

END_OF_DOCUMENT_TOKEN_TO_BE_REPLACED

The notion of the cultural quarter is one that has been around for a while, yet is still being refined. Many cities across the UK have initiated the planning and development of a cultural quarter in an attempt to to stimulate growth and attempt to ‘re-vitalise’ the local economy along the lines of culture, the arts and the creative industries. But are they working? Who are they really for? What kinds are there? Who was involved in their development?

END_OF_DOCUMENT_TOKEN_TO_BE_REPLACED

When you read stuff like this, it really does make you realise the folly of structuralist thinking, or more accurately, the curse of the ‘ism’. I remember reading something by Marcus Doel once when the opening line was “I hate everyone” (I forget in which one of the myriad of his marvellous essays it was in and Google is no help). Of course, by that he was not expressing his hatred for the entirety of the population on Planet Earth, but rather everyone. The idea of a singular notion to describe complexity is a disturbing notion. So, when you read Mr. Cameron denouncing ‘State Multiculturalism’, you have to think what was going through the script writers mind. By extolling multiculturalism as a singular concept to be treated like a commodity is a forehead-slappingly simplistic rhetoric of linearity. There is much reticence in reducing multiplicities to a single form anyway, but to do with something as complex as the cultural rhizome of the UK by shoving an ‘ism’ on the end seems reckless. Culture is not a noun it is a verb. It is a constant juxtapositioning of ideas, things, people, beliefs, practices, communities and so on. It is performed on a daily basis by the constant to-ing and fro-ing of people’s interactions with each other and their surroundings.

Using such language then is a mistake and when it becomes to inform policy it becomes dangerous. Labelling and pigeon-holing is an exercise which is often frowned upon, given that it can reduce richness and diversity to a single descriptor. So by using language which is insensitive to the nuance of UK culture risks reactions that are not helpful, in that they are reactions against an incorrect use of language more than anything else.

In attempting to attack extremism, Cameron has, by using poor language, attacked particular people. Mutliculturalism is not something to attack precisely because it is not a thing at all. 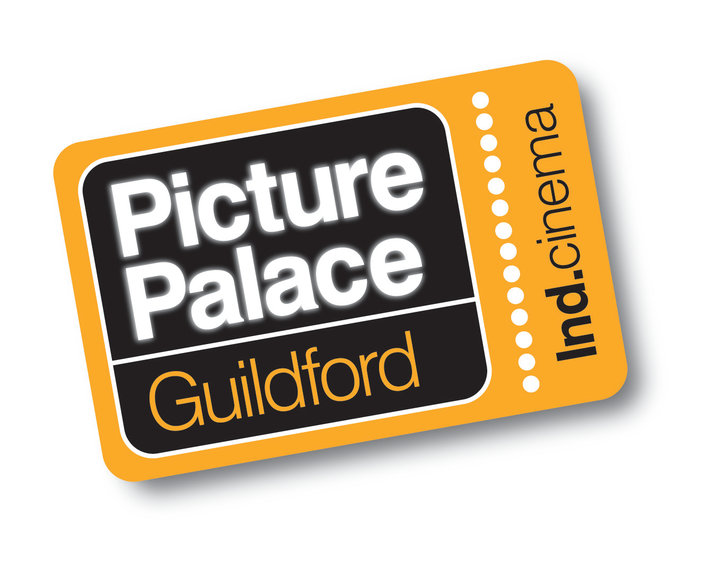 Having spent the last few years studying cities and extolling the virtues a more inclusive, democratic and less hegemonic urban environment, it was with a certain amount of exasperation that I recently heard some sad, and quite frankly, bewildering news concerning my home town of Guildford. For years now, there has been (essentially, a one-man) campaign to get an independent cinema built in Guildford. Mark Gudgin has lobbied the local government for well over a year (as far as I know anyway, it may well be longer) in order to get planning permission for various sites in the town centre to be converted into The Guildford Picture Palace. To cut a long story short, last week, the local council decided that 170 High Street, the site that Mark and his supporters were hoping to convert, is to be rented by a “fashion retail outlet that does not currently have a presence in Guildford”.